The early 1860s saw born the Inverness and Ross-shire Railway, as the newfound company stretched rails from the capital of the Highlands to Dingwall in 1862, and later to Invergordon the following year. While officially considered a section of the ‘Far North Line’, the line from Inverness to Dingwall is also known as part of the Kyle of Lochalsh, as it is the latter station where we meet our next railway company.

Approved in 1868, the Dingwall and Skye Railway was set to construct a branch from Dingwall, connecting Skye to Inverness. Construction straddled decades, and services started in 1870, although the Dingwall and Skye had not had the chance to complete the line. The logical path for the line was brought to an abrupt end during construction; land-owners did not approve of the line passing through Strathpeffer, a place of populous along the route, and so a costly diversion was constructed. So costly, the Dingwall and Skye could not afford to build the full line.

The final section, which would see the new line reach its intended terminus of Kyle of Lochalsh (where passengers could board a ferry for the short trip to Skye), would not be built until the Highland Railway absorbed the likes of the Inverness and Ross-shire, and the Dingwall and Skye railways. The final part of the line, built as the ‘Kyle of Lochalsh Extension’, was opened in the late 1890s and proved very expensive to become a reality. The extension alone was, at the time, the most expensive per mile in Britain.

Despite being fully complete before the turn of the century, many of the plans for the line never came to fruition – ferry connections were poor, and freight was lost to the more suitable West Highland Railway. The line has dodged closure since the 1960s, narrowly avoiding the Beeching Axe as the only connection people had with the world. The 1970s weren’t much better for the line, but nonetheless, it has survived, the saving grace being an Oil Rig of all things; if the Kyle of Lochalsh could do anything, it could provide for that utilising freight sidings at Kishorn Yard.

One thing the Kyle of Lochalsh has got, which very few railways can honestly uphold, is undeniably stunning views from end to end. There is nothing quite like passing through the base of the Highlands, with beautiful rivers and lochs around every turn. Its views and low-speed running make for a popular attraction and will ensure the line stays among the highest regarded in all of Europe.

Translated into Train Simulator, and an incredible experience awaits. Soak up the views and work the Highlands with the Kyle of Lochalsh line! 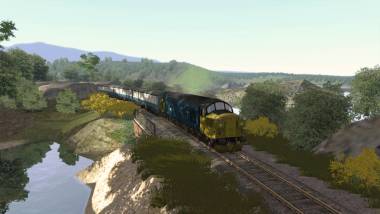 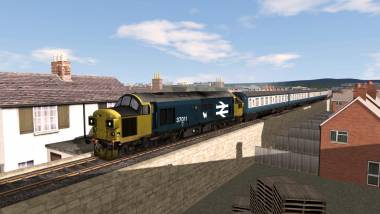